on June 21, 2013
Home Run has a lot to be proud of after its U.S. theatrical release. The Samuel Goldwyn Films release, in association with Provident Films, opened in almost 400 theatres in North America and debuted as the No. 2 new film of the week, second only to Tom Cruise’s Oblivion. The opening weekend success led to an expansion into 70 new theatres in the United States and Canada.

Today, Christian Art Media and Provident Films announce that Home Run will release to DVD in South Africa in August 2013, giving many others the chance to hear and share the film’s message that freedom from addiction is possible.

The message about beating alcoholism overwhelms this heartfelt film starring Scott Elrod as baseball player Cody Brand. After a run in with the law, when rage and addiction collide, Brand’s agent, played by Vivica Fox, banishes him to his hometown to attend Celebrate Recovery, an 8 week, 12-step program started by pastors John and Cheryl Baker at Pastor Rick Warren's Saddleback Church. Also forced to coach the local youth baseball team , Brand can’t wait to return to his old life as quickly as possible.

When Brand is forced to iron out his life in Okmulgee, Oklahoma, his mind races between dealing with his past and the consequences of the decisions he has made - and even harder - the consequences for some decisions that were made for him. A very important question arises, “is being a victim, justification for not moving from pain to healing?”. As his young players help him experience the joy of the game, Cory discovers his need to find freedom from his past and hope for his future … and win back the love he left behind. This movie is not “another baseball movie”; it’s a sports story, a love story and a story of redemption all in one. 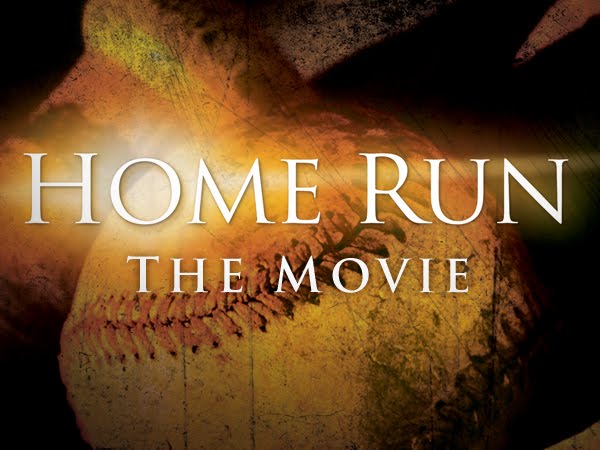 As Jeff Abramovitz from the DadPad put it, “Raise your hand if you had or know someone who had a difficult childhood? Raise your other hand if you or someone you know has struggled with some kind of addiction? Since most of us now have two raised hands, put them down, and get ready to buy HOME RUN”. Based on thousands of true stories, Home Run is a powerful reminder that with God, it’s never too late … because freedom is possible.

DVD copies will be distributed to both mainstream and Christian retail. Site licenses for screenings of Home Run at churches and non-profit organizations will begin in mid August.

Home Run accumulated an impressive collection of praise and reviews for the theatrical release. Here’s a snapshot of the acclaim garnered for the film:

“HOME RUN reminds us of the power of forgiveness, the richness of redemption,
and the wisdom of trusting God to revive us.”
- Max Lucado, New York Times best-selling author and pastor

“HOME RUN is a must-see story of change and redemption—a story all of us
need to hear and know. Freedom is possible with God in our lives!”
- Joel Osteen, Pastor of Lakewood Church and best–selling author