Bras do nothing for women-research

on April 15, 2013
According to a 15 year old research, bras do nothing for women and they don't even help support women's breasts. In fact bras could  be doing damage to women's breasts and their health than previously believed. Professor Jean-Denis Rouillon, of Besancon University, measured and examined the breasts of more than 300 women, aged 18 and 35, taking note of how the additional support provided by bras affects the body over time.

The research found that breasts were firmer and sagged less in the women studied who did not wear a bra and that those women were no more likely than others to suffer from back pain.

“Medically, physiologically, anatomically – breasts gain no benefit from being denied gravity. On the contrary, they get saggier with a bra,” Professor Rouillon told France Info radio. 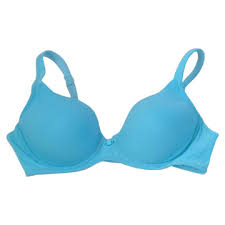 Some of the women who took part in the experiment told France Info that stopping using a bra had even helped ease back pains.

Capucine," a perky 28-year-old who participated in the study, agreed with Rouillon's findings.

"I breathe more easily, I have better posture, and I have less back pain."

Although  Prof Rouillon sounded confident in his findings he did caution that, "It would be dangerous to advise all women to stop wearing their soutien-gorge as the women involved were not a representative sample of the population."

What do you think?  Is it true that bras do nothing for women-research? Are you happy with your bra?
Besancon University Body Inspired Living Professor Jean-Denis Rouillon